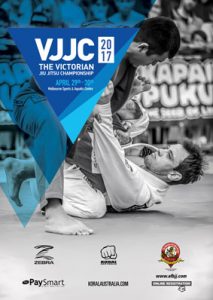 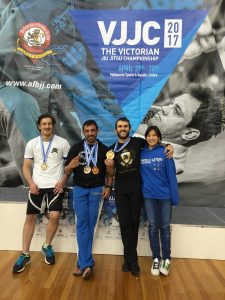 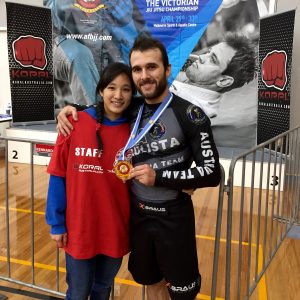 Marcel and his girlfriend Laura, both worked and competed at the 2017 Victorian Jiu Jitsu Championship

Coach Marcel Leteri Sasso de Oliveira not only worked as a referee over the course of the 2-day competition, being recognized as the best referee that weekend and the main referee for the Black Belt divisions, he also fought and won Gold in the No Gi Masters Black Belt (67.5kg) and Silver in Gi Masters Black Belt (70kg) one weight division above his usual division. 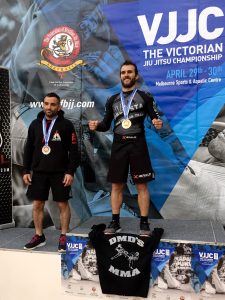 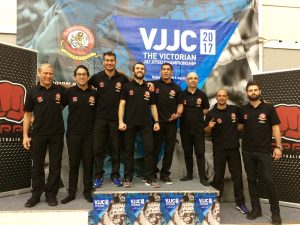 Well done guys for participating in the competition, and supporting and contributing to the growth of the sport here in Victoria.
🇦🇺THANKS!!
🇧🇷OBRIGADO!!
🇮🇹GRAZIE!!